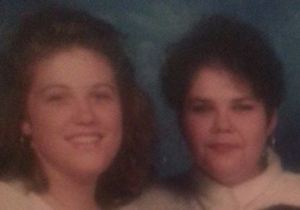 Christina and I hit it off quickly when I first met my father and his family. She was my sister, not by blood, but by soul. We had a lot in common, including our obesity.

We tore up the city of Wenatchee, Washington and Dallas, Oregon. I can’t count how many apple orchards we woke up in after a long night of partying.  She quickly became my best friend. We did everything together. She knew secrets about me no one else did and I knew the same about her.

One evening she came home and says, “Tonia, there’s this guy who just broke up with his girlfriend who I know and now he’s single. His name’s Jose.” Now, I’ve always liked my men spicy so of course most of their names were Jose. Ha! I yell from the other room, “Does he have brothers named Pedro and Raul?” Laughter erupted from the both of us. Later, I became pregnant with my first child. Four months in, I lost him. My sister was there the entire way. She always had my back. Always.

I moved back to Montana (a few times) and when I did, Christina and I lost contact. We chatted here and there on Facebook but made no plans to meet up again. The excuses we made were silent but clear; we both had families and not enough time.

I get the text. She’s not doing well. Her kidneys are shutting down. No one knows how much longer she has. I later found out that she had lost her leg, the result of diabetes. She was told, while coherent, that she was dying.  I spoke to her on the phone and all we could do was cry through words. I asked her why she didn’t tell me that complications from her weight were this bad. She cried back, “I didn’t want you to know.” I got that. I really did. Secrets. Nasty secrets. She made it clear that she didn’t want to die and was very worried about her 4 children. I told her I loved her and would be seeing her soon. That night, I packed a suitcase and headed to Oregon. I arrived at the hospital late in the evening. Seeing her in that hospital bed was nearly unbearable until I approached her bedside and saw her grey, soulless eyes. I grabbed her face and wanted to kiss her badly but she had patches of some sort of medicine pasted to her. She was wailing in pain. I have to tell you, the sound of her still haunts my memories. Crying, I told her over and over again that I loved her. That she was my best friend. My only friend. She passed away March 7, 2014.

I went back to the hotel and cried uncontrollably. I was sorry and pissed off at myself for not being there for her. If only we had both been honest about our weight and our struggles. What we were going through was nearly identical. As I watched her dying I thought, “Is this it? Is this what it’s going to take for me to make the change?” Sadly, it was not. I continued to eat. I continued to not treat my diabetes. Being overweight and struggling with your weight is real. Food addiction is more than just overeating. It’s eating away your secrets, your stress, your pain, and worries. Ironically, it’s a way to slowly kill yourself and sometimes nothing, not your kids, not your family or friends, is enough to stop the madness. Rest in peace, my dear sister. 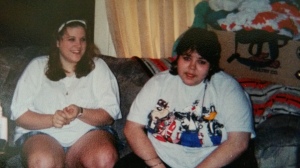 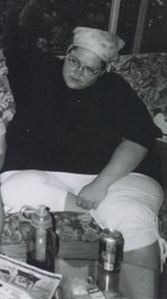 Positive from the aloof

Born-wise
So... Your Friend is an Asshole

You're already thinking it; we're saying it out loud!

Going from always cloudy to paradise

Tips and Tricks from a Service User

The Diary of A Fallen Angel

Every Thought Is a Battle, Every Breath Is a War...

The Opposite of Quiet Contemplation

Prime my subconscious, one hint at a time

Ingredients for a Beautiful Life!

Donald on Dining in and Out.

................... for lovers of ice cream. Your free on line magazine for sweet frozen treats. Recipes, inspiration, artisanal ideas for your delectation.

https://veganialifestyle.com
I GOT MINES
Healthy Body